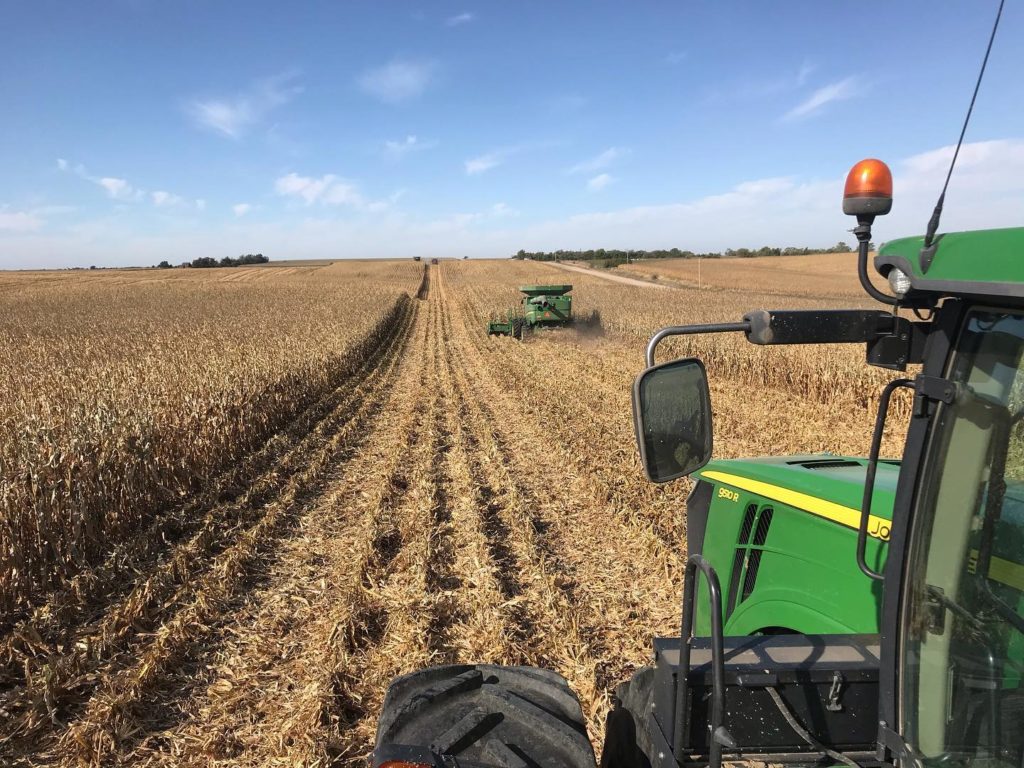 PG Farms, Inc., operates a diversified farm and ranch operations near Shelton and Springview, Nebraska,  that employ 15 men and women as well as 10 or more seasonal workers.

It’s run by Paul and Deb Gangwish, who have five children, all of whom have spent time working on the farm.

The Gangwishes grow corn and soybeans and raise cattle.  They also operate a trucking company and seed corn harvest business.

Said Deb: “Raising five children on our farm has taught them the lasting core values of hard work, caring and perseverance.  And today, our kids’ lives are shaping up to be living proof of those values.  Farm life continues to bring with it hard, dirty, long hours, no matter the elements outside or the time of day.  But I wouldn’t trade it.  Something inside folks changes for the better when you are needed by something bigger than yourself.  Folks in agriculture learn this from the moment they are born. I learned it at 10 years of age. “Work before play: It’s how we live.”

The Gangwish name is also familiar to Husker football fans. Paul played defensive end and was a letter winner for the Huskers in the early 1980s. He played on the team that included the famous “Go for the Win” 1984 Orange Bowl game against Miami.

Years later, his son, Jack, also played defensive end for the Huskers, where he earned a Blackshirt and was a captain, before signing a free agent deal with the Cincinnati Bengals.